How to Fight a Civil Protection Order in Colorado 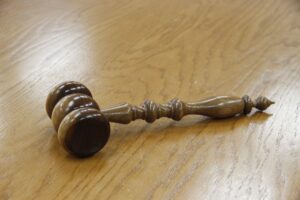 What is a protection order in Colorado?

A civil protection order (CPO), commonly referred to as a restraining order, can be filed in court by an individual who fears for his or her safety. This person may have experienced domestic violence, sexual assault, physical abuse, or some other type of harassment at the hands of the restrained party. A CPO bars the person it is filed against from doing certain things, such as coming within a certain distance of the protected party, owning firearms, or remaining in given a residence.

A person can seek a restraining order in Colorado for many different reasons, and the specific conditions of the PPO vary on a case-by-case basis.

Can I Fight a Restraining Order in Denver, Colorado?

The courts initially enter protection orders with only the victim’s protection in mind, and they can be a valuable tool when applied correctly. However, they are not always employed as the court intended. Unfortunately, it’s not uncommon for someone to file for a restraining order with malicious intent against an innocent party.

Fraudulent restraining orders in Denver, Colorado, are most often filed by a significant other who feels wronged. There are also tragic cases where one parent wishes to keep the other from seeing their child(ren). While protection orders are intended to shield helpless victims from further danger, false accusations of domestic violence and child abuse do happen and can carry significant consequences for the restrained party.

Luckily, there are ways to fight against a restraining order if you feel you have been wrongly accused. The first step is to hire an experienced attorney right away, as an attorney will best be able to help you navigate the ins and outs of the legal system.

How do I defend myself against a protection order in Denver?

First, enlist the support of the best defense attorneys in your area, such as the professionals at The Juba Law Office, PLLC. Finding a lawyer as soon as possible is vital since PPOs are much more difficult to fight than TPOs.

Then, you’ll want to gather any voicemails, texts, social media references, photos, and other documentation that weighs in your favor. Often, those making false abuse allegations are the real abusers. If this is the case and you have proof, using it in your defense can turn the tide of the trial.

Defending against or filing for a restraining order is an emotional process. However, no matter how wronged you feel, preventing your emotions from taking over is crucial. If you have been served with a restraining order in Colorado, remain calm and follow the order’s conditions to avoid jeopardizing your case.