How to Defend Against an Arson Case? 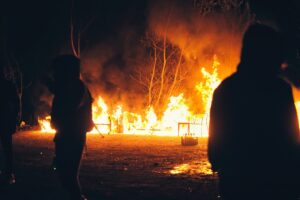 How Do I Defend Against an Arson Case?

Arson is defined as the deliberate act of setting fire to property. It is a criminal act and generally a felony. However, some state laws have different degrees of severity. In Colorado, arson is defined using degrees of offense. Additionally, some arson charges in Colorado are classified as misdemeanors. Punishment for arson varies based on the degree of criminal classification and the type and value of the property involved. Contact a Denver arson attorney right away to help you deal with arson charges and construct a defense.

Based on the Colorado Crime Classification Guide, arson and its subsequent degrees of offense are as follows:

Arson has many other degrees and classifications throughout the Colorado Crime Classification Guide. While not all charges are considered felonies, arson in any form or application is a serious crime. Arson charges may result in severe penalties such as prison time, fines, and substantial restitution. Therefore, it is advisable to form a defense and obtain legal help when charged with or suspected of arson in Colorado.

Another critical factor when developing a defense against arson is proving a lack of motive and establishing an alibi. Insurance money is not always a strong motive in every arson case. Also, a provable, reliable alibi will strengthen an arson defense.

Be Able to Prove Who or What Started the Fire

Defending against an arson charge is a stressful and emotional process. Establishing a defense is time-sensitive, and it’s critical to begin immediately. If you are being accused of arson in Denver and need the help of arson defense lawyers, The Juba Law Office is here to help. Contact us today online or by calling 303.974.1080.