The Most Common Juvenile Crimes and Their Consequences in Colorado 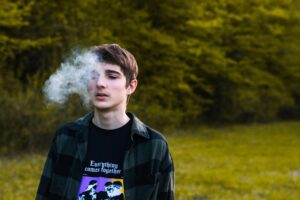 Even if you think your child may never participate in juvenile crimes, such occurrences can happen. The reasons behind these crimes vary from boredom to peer pressure to testing the limits of what they can and can’t get away with.

According to Colorado juvenile law, two types of offenses can be committed by a juvenile. The juvenile court system prosecutes juveniles who:

One of two things may happen when a child is picked up as a delinquent or a status offender. The police may issue a summons to appear in court and release the juvenile back to the parents or guardians. Or, the juvenile may be detained in a juvenile detention center, and brought before a juvenile court magistrate or judge for a detention hearing.

Minor juvenile offenses may be prosecuted at the municipal level in any one of the many municipal courts around the state. More serious offenses will likely be prosecuted at the state level in Denver juvenile court or one of the County District Courts, based on the location of the alleged offense. Regardless of where you are being prosecuted, a juvenile has the same types of Constitutional rights, including the right to plead not guilty, the right to be presumed innocent, and the right to a trial. If a juvenile is found guilty at a trial, the court will proceed to a sentence, which is where the judge or magistrate is supposed to decide what will be best to rehabilitate the young person. Sentencing options include a period of supervised or unsupervised probation, placement out of the home, or commitment to the Division of Youth Services. If property damage or other monetary damage is caused, the sentence could also include restitution, which would be a requirement to pay money for whatever damages were caused by the act.

If your child has been charged with a crime in municipal court, Denver juvenile court, or any other District Court in Colorado, you need to hire a juvenile criminal lawyer. The lawyers at the Juba Law Office specialize in representing juveniles charged with all types of crimes, and we can work on securing the best outcome for your child. We offer holistic juvenile representation, including negotiating the best outcomes, defending the charges at trial, and working to expunge your juvenile record.

Get in touch with our team at Juba Law Office for the best juvenile defense in the state.